I had an ultrasound at 6 weeks which showed nothing in my gestational sac at all. I had another at 9 weeks to follow up. We got good news and saw a little bean with a beating heart However, babe was measuring at 8 weeks instead of 9. I'm pretty certain on my dates.

The doc told me that I had a tilted uterus. I have never been told that before, but I've read it's fairly common and most docs won't even mention it. At the appointment I told her that DD1 measured small my whole pregnancy and they continually wanted to change my dates even though I knew when I had ovulated. She said in that case I could just make small babies. DD was 6lbs 4oz at birth full term.

What I'm curious about is if the tilted uterus can play a part in how you measure and how the baby is viewed on ultrasound. I'm thinking this may have been why they didn't see anything at my first appointment.

At the second app, she had to kind of dig around a little to get a view of the baby. Since babe is positioned differently and further back, can it measure smaller? It doesn't really matter too much, as I'm not all that concerned about dates. I'm more curious to see if anyone else has measured small and also had a tilted uterus. If maybe there is a corrilation. I know stats say it evens out and doesn't cause problems. I dont think being tilted will have anything to do with it you are pretty sure about your LMP date Artist, photographer, stay-at-home-mom and Marine wife. Mom to 4; a boy and three little girls.

I had been wondering that recently also. Apparently my uterus is very tilted, but I don't know at what point that happened. It was never mentioned in my 1st pregnancy. I'm curious to see if anyone else knows of a correlation I don't think I have a tilted uterus but just wanted to say my baby was measuring a week small and they changed my due date based on an ultrasound at 7 wks. DH left on an extended business trip 5 days before they say I conceived. Good thing DH trusts me or else they could have caused us some marital problems So anyways, I think ultrasound dating is not as accurate as doctors like to think it is.

I've always been able to get accurate dates on my previous babies and my doctor wasn't able to get an accurate measurement today. Right now, baby is measuring 2 weeks behind.


Its making me a little nervous that the baby looked so small! There was a strong heart beat. I got an early positive test so I didn't ovulate later than I originally thought. I have a tilted uterus, I found out because my acupuncturist told me from reading a copy of an ultrasound report, no one else ever mentioned it.

It never affected ultrasounds. Great there was a strong heartbeat! Hi fellow August mom! I was also told I had a tilted uterus when I went to my last US. The tech did say it was a bit harder to get a good view because of it. I asked if there was anything to be concerned about regarding the tilt and my doc said no, it's more just a physical attribute, like being left-handed.

The only other thing they said was that hopefully that would be my last TV ultrasound, but it's possible that it will still be difficult to see properly with an abdominal at my next appointment. I hope all is well at your next appointment!

What Is an Ultrasound

I have a tilted uterus and they never had any issues seeing things on ultrasound during my pregnancy. Glad they were able to see a strong heartbeat! Hopefully it's just harder to measure early on??

Will you have another ultrasound soon? I also have a tilted uterus. A good heartbeat is definitely encouraging though! Wait, you're exactly two weeks behind me, right? By LMP I mean So today's ultrasound was supposed to be at 9 weeks 4 days? Because I looked at ultrasounds pictures for that 9 weeks and some looked like yours! And aren't all babies different? Some grow faster, some slower?

I feel like there's a range and at that point a heartbeat is most important - and clearly from the picture you posted in the group, there's a baby in there! So I'm sure everything is just fine. I'll have my NT scan two weeks from today. That will actually be my third US. I had one pretty early on and they only saw the gestational sac and yolk sac, so they didn't even suggest a due date then. I was a bit nervous, but everything had progressed at the next one and there was a strong heartbeat. I think it's great they found a good heartbeat today.

When's your next US? I had a tilted uterus but the measurements were pretty accurate. Did they do a TV or abdominal us? I could see how it could be an issue for abdominal. Sometimes the us tech had to push extra hard with the abdominal us to get good readings in the beginning. Tv should be better but maybe if it's super tilted they might have issues? Hoping the best for you! Your ultrasound picture of the baby looked great! My baby was measuring pretty behind during my first ultrasounds and it freaked me out.

But after a couple of weeks the baby began to catch up!

Its so hard to measure in these early weeks. If the doctor said there is nothing to worry about, then I wouldn't worry. I had one with my first and my Ob said it was just a normal anatomical variation, like being left handed or having one breast bigger than the other. No reason to be concerned about it. I had a different OB with my second and she never mentioned anything. 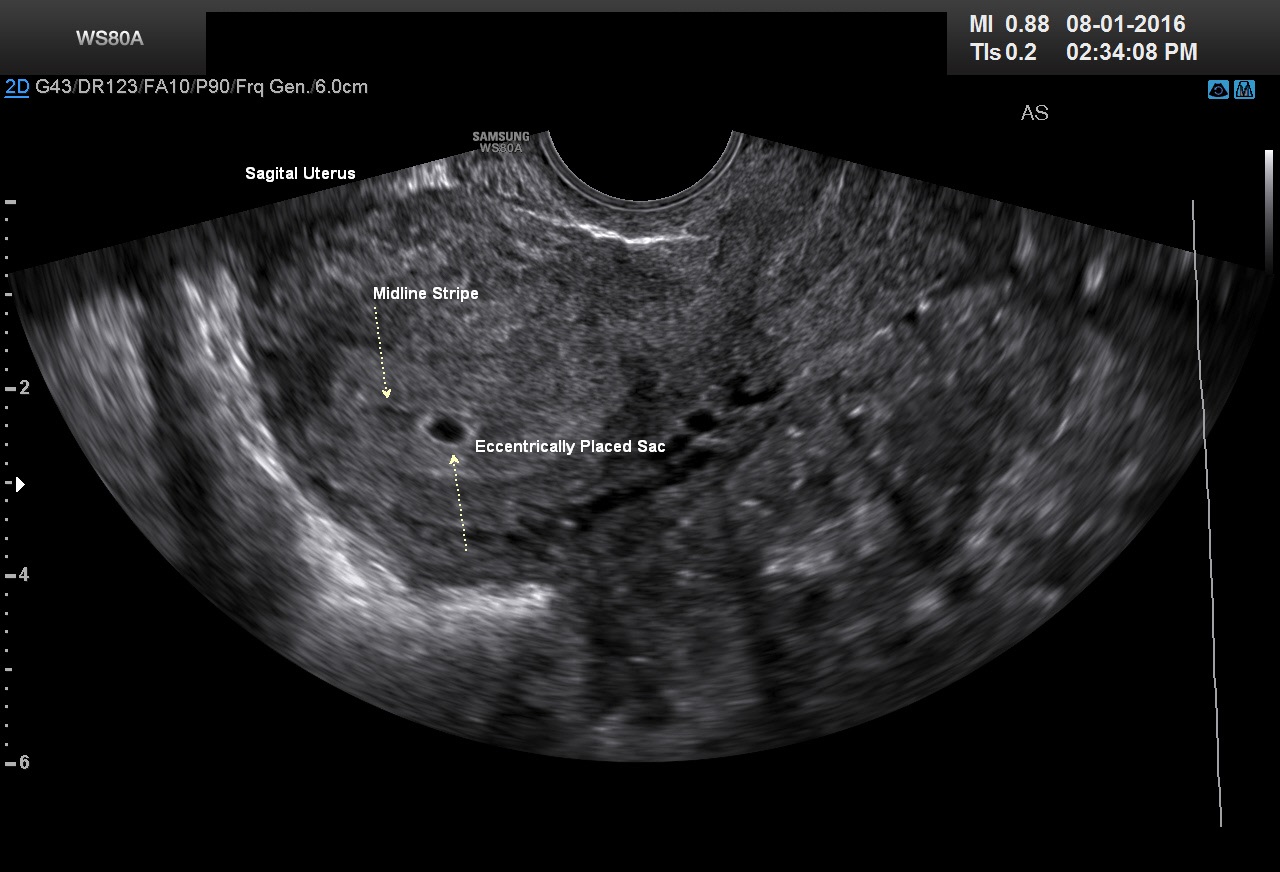 I should be 10 weeks today according to when I ovulated. But you're right, all babies are different. Maybe this baby will be a peanut like N? She's still in the 3rd percentile for weight, haha. It was abdominal but he wasn't pressing very hard on my stomach! Trying not to worry! Try not to worry!